Want to play a game? Or two? Or three? Or 150? Just get ready, set and go make a play date with toy and board game manufacturers and inventors when the Chicago Toy & Game Fair arrives at Navy Pier this Saturday, November 17, and Sunday, November 18.

The 10th annual fair will feature more than 150 games and toys. And they're not just sitting on a shelf. They're for playing.

“At every single booth you can walk in and play with what's in that booth and at most of them you can also purchase the toys and games," said Mary Couzin, founder of the fair and president of Lincolnwood-based Chicago Toy & Game Group.

Held in conjunction with the city's Magnificent Mile Lights Festival Parade to celebrate the start of the holiday shopping season, the Chicago Toy & Game Fair highlights what's hot this year, including Hasbro's new Furby, Pony Royale princess ponies by Razor, a Stars Wars version of Settlers of Catan and the new Skylanders. Don't forget to stop by Family Time Magazine's booth at the Fair for cool giveaways.

Most fairs showcasing products right off the line are open to only industry insiders. The Chicago Toy & Game Fair is unique in that it is open to the public, encouraging not only holiday shoppers, but the next generation of game inventors.

Attractions of a giant scale will celebrate the fair's 10th birthday. Settlers of Catan, a multiplayer strategy game, will have a board game measuring 9 feet by 9 feet with playing pieces that are even bigger, Couzin said. Another giant attraction is a 4-foot version of the dachshund from the Doggie Doo game that makes farting noises and poops green slime.

The fair, which is expected to draw 20,000 visitors, goes beyond toys and games. There will be stage entertainment by Radio Disney Party Patrol, a Young Inventor Challenge, Star Wars Breakfast and Yo-Yo, Top Trumps and Settlers of Catan tournaments.

The fair also will have opportunities for young inventors and educators. Teachers are invited to the Games in Education conference from 11 a.m. to 5 p.m. Saturday. Participants will earn credit and walk away with free games for their classrooms.

“Probably our most fantastic event is the Young Inventor Challenge,” said Couzin, noting this year's challenge is at an all-time high of more than 200 participants from coast to coast.

Sponsored by PlaSmart, makers of the PlasmaCar, PlasmaBike and Perplexus maze game, the Young Inventor Challenge on Saturday is open to boys and girls ages 6 to 18 with an original toy or game to present to industry executives. Last year's winner in the senior division received a license for their invention, Couzin said.

“I hear from inventor relations experts that these kids present better than professional inventors because they get right to the point,” she said. “There's definitely an art to inventing games.”

Couzin, a former board game designer herself, initially held the Chicago Toy & Game Fair during Labor Day weekend. After three years, she decided to move it to the weekend of the Magnificent Mile parade and fireworks to tap into the start of the holiday shopping season.

“People want to know what’s hot for the holidays,” she said.

Admission: $10 for adults, $5 for children 3 to 13; free for educators,
librarians, scouts in uniform, military and media; free for grandparents
Sunday, November 18

Posted by Family Time Magazine at 11:27 AM No comments:

Dancing is probably one of the most fun ways to get exercise and this month as we recognize American Diabetes Month we want to encourage activity among children. Childhood obesity, according to medical experts, is one of the factors in children getting type 2 diabetes. Family Time Magazine wants to know what your family does to stay fit. Maybe you all ride bikes together or have some family exercise routine you do? Or, maybe you crank up the music and dance? Whatever it is, tell us about it. One winner will be selected at random at the end of the day on Monday, November 12, to win the Nickelodeon Dance 2 Wii video game!
Good luck! 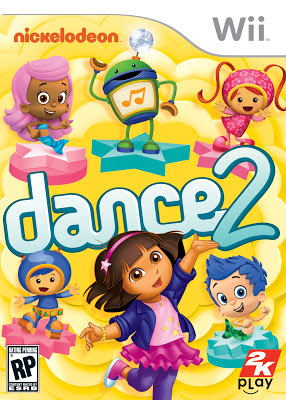